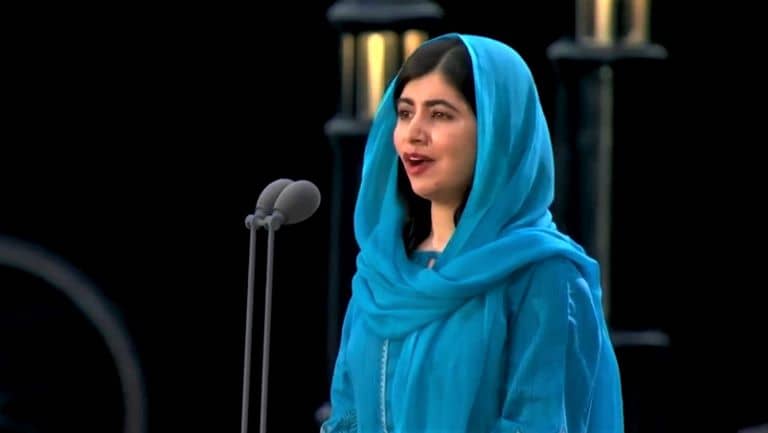 Malala Yousafzai, the youngest recipient of the Nobel Peace Prize, delivered an impassioned and inspiring address during the opening ceremony of the Commonwealth Games.

In the midst of the boisterous cheers and shouts of those in attendance for the ceremony, Malala emphasized the importance of education for children, especially girls, all around the world. She greeted athletes from 72 regions to enjoy camaraderie beyond borders.

Malala — who fought and defeated terrorists through the power of her pen — said, that the young athletes competing in the games serve as a reminder that every child deserves the opportunity to realize his or her full potential and realize their ambitions.

“The young athletes who will compete over the next two weeks, represent millions of girls and boys across the commonwealth, our shared hope for the future.” Malala spoke at the ceremony. “A future where every child can go to school, where women can fully participate in society…” Thousands of attendees applauded Malala as she spoke.

Malala’s address was not confined to the Games; in her inspiring way, she spoke about her strong ties to Birmingham, informed the audience of the Games’ actual purposes, and emphasized the value of women in all societies.

It is worth noting that after surviving a Taliban assassination attempt, Malala was sent to Birmingham’s Queen Elizabeth Hospital for treatment and medical care. Later, she pursued her studies in the city and became an advocate for education as well as women and children around the globe.

Another proud moment was seen when Bisma Maruf, captain of the Pakistan Women’s Cricket Team, and Inam Butt, a prominent wrestler, carried the Pakistani flag at the event’s opening ceremony.

Distinguish dignitaries, including the Prince of Wales, Prince Charles, rather than Queen Elizabeth, were present on the occasion.