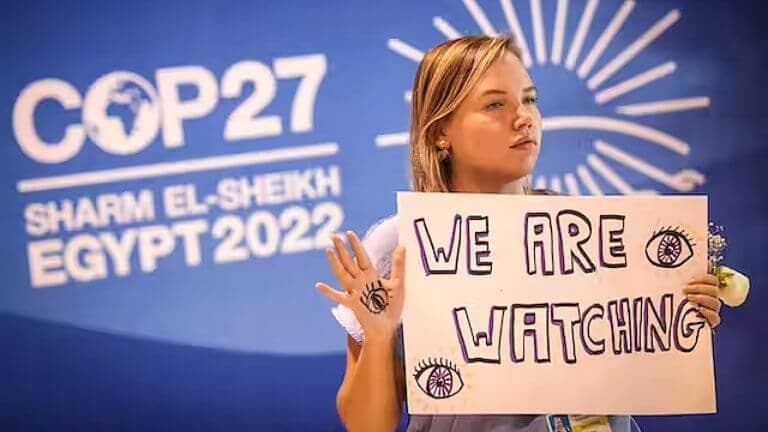 The Global Shield Financing Facility program has been criticized as yet another Eurocentric policy, designed to distract developing countries from genuine efforts to fund the loss and damage caused by climate change. The program, which was a major outcome of the 27th Conference of the Parties (COP27) conference held in Sharm el-Sheikh, Egypt, with the coordination of G7, is backed by Germany, who pledged to fund $200 million, along with smaller pledges from Ireland, Denmark, and Canada. The program is also supported by Joe Biden.

The potential to curtail climate change is not available through this program, as it is another policy drafted by the West to deal with an issue that primarily affects the East. The design of the program is a revealing example of how it is bound to fail.

Global Shield is designed as an insurance-based policy, which will result in added costs to climate-struck countries, such as Pakistan, which faced approximately $38 billion in losses during floods, resulting in catastrophic damage to the livelihood of the people. While the G7 have collectively pledged around $250 million, according to World Bank report statistics, paying hefty amounts for a premium that would deal with future disasters would not be on Pakistan’s priority list, when it is already dealing with damage caused by the 2022 flash floods.

It is important to note that the risks covered by this insurance policy are not specified, neither is the eligibility to get a payout from it. Historically, there has been a trend of similar policies, which have lacked the ability to produce meaningful results. An evaluation of previous policies is essential to assess the extent of failure.

Global Shield also lacks the aspects of sustainability and the mitigation strategies required to deal with climate change-related issues. It is, however, pertinent to adapt to the current environmental conditions and then move forward with mitigation policies.

The World Bank should focus on actual developmental policies such as the adaptation of renewable energy in relation to the energy produced by fossil fuels, mass transit systems, electric vehicles, biofuels, etc. These are obvious solutions to the issue of climate change, yet there has been very little focus on them.

It is apparent that the World Bank is not significantly concerned with making developing countries more prosperous; rather, it is just another Bretton Woods institute that works to maintain the hegemony of the West over the East. Similarly, Global Shield has been used as compensation for the lack of a substantial effort to fund the “loss and damage.”

It was finally approved at the end of the conference, but it was a mere approval and nothing particularly significant. The details will be discussed at COP28. Until then, Global Shield is the policy that has been made to fight climate change, which is increasing exponentially. Yet, the design is indicative of potential impotence.