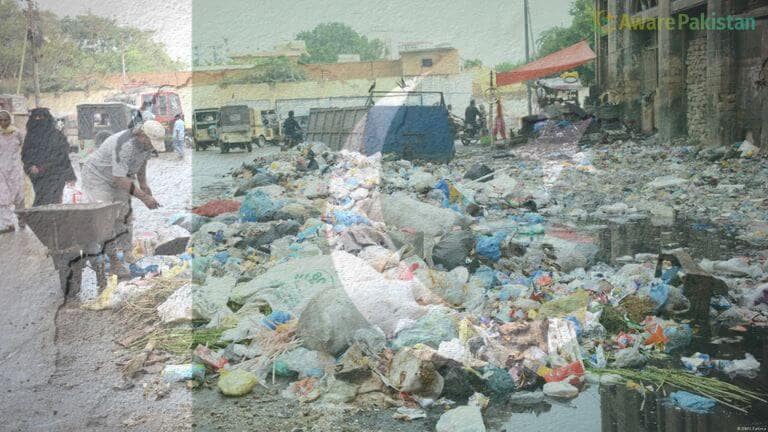 In developing nations, urban development and economic growth often go hand in hand. However, according to professionals in city planning, Pakistan’s rapid urbanization is beginning to do more harm than good.

Every year, from October to February, Lahore, the capital of Pakistan’s Punjab province, is covered in smog due to crop burning, which worsens the city’s air pollution problems. The southern metropolis of Karachi, which serves as the financial center of Pakistan, comes to a complete standstill during the monsoon season due to water logging, made worse by the city’s defective drainage and waste disposal systems. Pakistan’s capital, Islamabad, was developed as a “planned city” in the 1960s, but over time, unplanned developments and informal settlements have made housing and traffic problems for urban dwellers unbearable.

A few years ago, I never thought I’d get caught in traffic, but it happens to me all the time now. The government keeps enlarging roads as a solution, but it only worsens traffic and turns this once-green city into a grey one. Instead of being places of progress, democratization, and opportunity, Pakistan’s cities are quickly becoming hotspots of glaring inequality and are becoming unpleasant for many citizens, particularly as private economic interests take precedence over public goods.

According to data from the United Nations Development Program (UNDP), Pakistan has the highest rate of urbanization in South Asia, with 36.4% of the population residing in urban areas. It is predicted that by 2025, approximately half of the population will live in urban areas. Cities are believed to produce around 80% of the world’s gross domestic product (GDP), and Pakistan’s cities collectively make up 55% of the country’s GDP. In general, multidimensional poverty in cities is lower than in rural regions.

However, there are increasing issues with income inequality, restricted access to resources such as water, jobs, and housing, and reduced mobility. The government and city planners’ emphasis on economic expansion only exacerbates these issues. Our cities are designed to be unfriendly to the poor and exclude them. The colonial mindset that still prevails leads to overplanned cities, rather than organic growth, which allows the wealthy to have access to resources and land, while the underprivileged live in slums.

According to a report on world cities from the United Nations, the Orangi Town region in Karachi, where 2.5 million people reside, is one of the five largest slums in the world. Additionally, the Economist Intelligence Unit listed Karachi as one of the world’s ten least livable cities. Slums are home to about a quarter of the world’s urban population, and this number is rapidly increasing.

Slums in Pakistan are essential to the functioning of cities, as they house residents working in various trades, including chefs, electricians, transporters, maids, and household staff. However, the state does not provide housing or welfare for these workers. Poor slum dwellers occasionally commit suicide due to their despair. In February, a 44-year-old man from Orangi Town set himself on fire and left a note addressed to the Prime Minister, criticizing the government for failing to provide suitable housing and employment options for Pakistanis.

According to Noman Ahmed, the director of Karachi Urban Lab, the Pakistani government cannot solve the country’s urban housing crisis alone. He believes that an integrated approach to urbanization is necessary to create more livable communities and that housing should be seen as a process, rather than a finished good. Ahmed states that the absence of a housing census since 1998 makes it difficult to plan effectively and that the complexity of housing costs and resource requirements prevents direct subsidies. He suggests that the government can assist in the development of housing by enabling people to construct their own residences and other amenities.

Sustainable urban organizations run by citizens are emerging throughout the country. In 2015, “Reclaim Green Islamabad” was launched by Mome Saleem, the Institute of Urbanization’s executive director. In 2016, people successfully protested the removal of 240 very old trees in Islamabad. Although the trees were eventually removed, it was the first time the city’s residents showed up in large numbers to call for a greener, cleaner city.

Because it is a squatter community, the residents of Orangi Town were ineligible for government assistance due to its “unofficial” status. However, through the Orangi Pilot Project’s low-cost sanitation, health, housing, and microcredit programs, they were able to make the slum considerably more livable for themselves. Shehri, which means “citizen,” is a group that has been successful in fostering debate and coordinating opposition to harmful government initiatives and policies that impact urban prosperity.