Your speeches won’t bring food to the starving people

Imran Khan promises but in the past ten days neither the prime minister nor the ‘State of Madina’ have done anything to help any of the people who are starving. 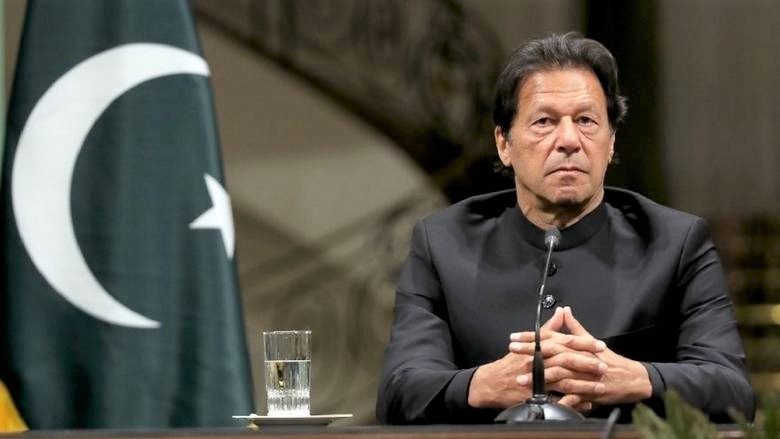 These are tough times. Not only for us, but for people around the world. It is a test from Allah and therefore we must turn to our God and pray, that Allah pulls us out of this grave situation.

The corona virus is a pandemic. Which as far as I know, our government could have stopped from spreading here. I think that the spread of the covid-19 in Pakistan is due to the negligence of our government and the so called “State of Madina”. They had not closed the borders of China and Taftan (Iran) or stopped international flights though this was the first thing they should have done. Okay, it is understandable that maybe they had good reasons for not doing so, but if they could not close the borders, they should have at least made proper quarantine areas for the people who were coming in from abroad. Maybe, just maybe if they had done this, they could have stopped the corona from reaching us here.

Above all issues is the daily wager – the labourers. Imagine having to survive for days with a few hundred rupees, perhaps not even that and/or supporting families of many children. Today it has been ten days since the prime minister has announced the lockdown. The fact is that if a daily wager or someone from the white-collar class who had approximately 6-700 rupees on the first day of the lockdown, would have none by the very next day.

Imran Khan promises but in these past ten days neither the prime minister nor the ‘State of Madina’ have done anything to help any of the people.

Prime Minister Imran Khan “said”, his government is collecting donations and forming a task force called the Tiger Force which would give out food ration packs to people who need them but my question is that why is this taking so long? Are you waiting for those people and their families to starve to death? Because their families are eagerly waiting for your tigers to come out. He has been making many promises but in these past ten days neither the prime minister nor the ‘State of Madina’ have done anything to help any of the people. All they have done is that they have given out speeches and made promises and only God knows when these will be fulfilled or if they will be fulfilled at all.

I am a thirteen-year-old and I made a video about this and posted it on twitter but people, instead of understanding what I was trying to say, they were criticising the person who posted that video and someone also said that why does a child care about what the government is doing and why is she interfering in political issues.

Khan ‘Sahib’! your promises don’t do or mean anything. Your speeches won’t bring food to people who are starving.

Today I will answer all of those people who gave harsh comments on that video. Firstly, that video was not for the people who support Pakistan Muslim League Nawaz (PMLN). Secondly, you should care more about what I am saying than whether I am speaking English or Urdu. I am comfortable in speaking English and I will continue speaking English as long as I want to. Third, you do not need to know whether the man who posted that video is my father, brother, friend or whatever.  Last but not least I have an interest in politics and I have more interest in what is going on in my country. I care about this situation more for now and I am speaking up on it because it is affecting my studies quite terribly and moreover t is highly affecting my life.

To sum up, I would like to give a message to the prime minister Mr. Imran Khan that, Khan ‘Sahib’! your promises, they don’t do or mean anything. Your speeches, they won’t bring food to people who are starving.  You need to fulfil your promises and help your people, your country in the way you should have in the first place. It is your government’s incompetence and carelessness that approximately 200 million people pay for. God help us, in these dreadful times and save us from the wrath of this pandemic.

A 13-year old and grade 7 student go to school in Learning Alliance.

Dwindling police-image; Mental training should be the priority.

Sexism in politics; a lethal weapon to intimidate women from joining politics.

Your password reset link appears to be invalid or expired.