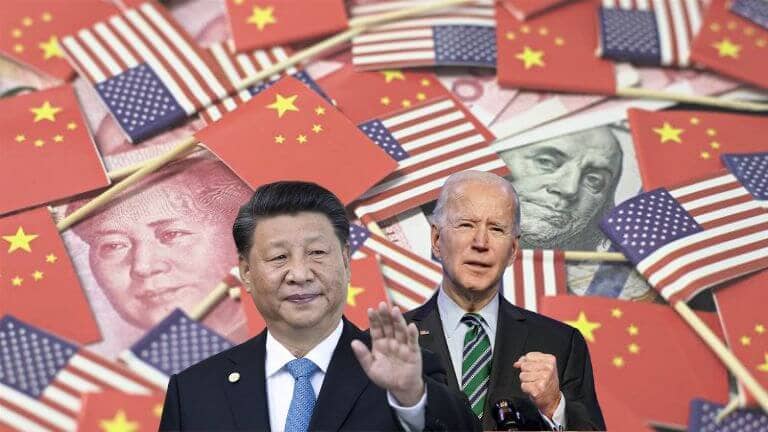 Since the early 21st century, competition from the United States and a rising China has shaped the contours of global politics, security, and economics. But the prospects for Southeast Asian nations, where this great power rivalry has far-reaching implications, are often overlooked.

The US and China are in competition, not necessarily confrontation; yes, it exists in some elements, but the competition is the primary characteristic of the US-China relationship and of international affairs in general.

Actually, the rivalry between Washington and Beijing is referred to by some scholars as a “soft rivalry.” Undoubtedly, they are in competition, but there is some sort of rivalry, but it’s not a “hard rivalry.” Unlike between the US and USSR, where there was a hard rivalry and both were acting on the action and reaction policy, both were praising each other. In the case of China and the United States, it’s not like that; yes, both powers are paying close attention to each other, but they both have their own policies and actions in Southeast Asia, and they aren’t based on the other power’s actions and policies.

“Kind of the shadow boxing like two powers are moving around the region, boxing each other, but not really in the direct contact”

Southeast Asia has a great diversity of influences and, for centuries, has been an incredibly thriving region and undoubtedly a great business center. China is expanding its influence in Southeast Asia, but it has yet to replace the United States. China’s economic reach is expanding, but the United States still dominates in military strength, foreign aid, and soft power.

Now the all-out competition between the US and China is taking place on an increasingly global scale. The main arena of the competition is the vast Indo-Asian Pacific region, with a focus on Southeast Asia. The United States and China each have comparative advantages in this region. While Beijing’s dominance lies primarily in economics and diplomacy, Washington’s dominance is more complex. The “pivot” of the Barack Obama administration has greatly increased the profile of the United States in Southeast Asia, but China has also increased its presence and influence there. The two countries are increasingly embroiled in a typical strategic rivalry, but media narratives circulating in the region say China has the upper hand. While this fascination with Beijing has become a popular meme, it is empirically imprecise. Nevertheless, the regional balance is dynamic, and the United States must remain fully engaged. Otherwise, the balance of influence will return to China.

At present, the Sino-US rivalry in Southeast Asia is not yet serious; it is a zero-sum game. Therefore, the two great powers should be able to manage tensions, limit conflicts, and practice competitive coexistence.

Southeast Asia is an incredibly prosperous region and has been a center of business for centuries. I have been influenced in many different ways. Chinese merchants, and their trade in general, began trading as early as the 4th century BC and played a major role in these cultural influences, continuing to establish diasporic communities along trade routes for over ten centuries. Over 500 years ago, over 80 different languages were spoken in the streets of Malacca. Various countries in Southeast Asia have known about European colonization for centuries. mainly from the 16th century to the 20th century, when China had little influence in Southeast Asia. Dating back to the aftermath of World War II, the Cold War era paved the way for the decolonization of weakened European nations, and the United States expanded its influence in the region. China, having recovered from Japanese occupation, faced a civil war that did not end until 1950. Interestingly, the 1955 Bandung Conference brought together countries from Asia and Africa that demanded self-determination against colonialism and neo-colonialism and refused to follow either bloc during the Cold War. After the end of the Cold War, U.S. influence in the region became more pronounced, and authors like Fukuyama have already declared the “end of history,” as if U.S. hegemony around the world would last forever.

On the other hand, most observers took a different view, but Chinese leaders, including Deng Xiaoping, who led China from 1978 to 1989, believed that the communist economy was a so-called “state capital.” It was moved to Principles. This encouraged large-scale investment and trade with other countries. Alain Peyreffitte had some appreciation for what happened after his famous 1973 book Quand la Chine s`eveillera (literally “When China Wakes Up”). China is back on the map, and after focusing on other priorities, the US has decided to turn to the Asia-Pacific under Obama. Through decades of industrialization, China has gradually expanded its chain of value as the “sleeping dragon” becomes an important player in the global economy. In 2000, China was third in terms of its GDP, behind the United States and Japan. China has been an early investor in breakthrough technologies, and the growing number of patents shows its willingness to innovate. At the same time, the number of Chinese students studying abroad (especially in the United States) is also increasing.

Politically, too, the late 1990s and the early 2000s were marked by the handover of Hong Kong to China (1997) and its continued impact. Hong Kong was eventually returned to China while retaining special administrative powers. China has since expanded economic ties with its Southeast Asian partners. Meanwhile, US foreign policy in the 2000s was largely focused on the Middle East, giving China an opportunity to strengthen its role as a regional influencer, especially in Southeast Asia. Obama’s “pivot to the Asia-Pacific” has resulted in a major shift in US foreign policy priorities. The Pacific is the center of global trade, accounting for the majority of world GDP on either side, and since 2008, we have witnessed an interesting showdown between the United States and China over the most influential foreign power in Southeast Asia.

Many important differences and fiercely competing interests remain in US-China relations, including in Southeast Asia. They foster deep-seated mutual distrust and hinder the progress of closer US-China relations based on mutual trust. However, the positive benefits of Sino-US engagement, the increasingly close interdependence between the interests of the United States and China, especially in economic development, and the enormous interest of both leaders in other domestic and foreign issues suggest that neither the United States nor China means no. The government seems interested in destructive confrontation with other countries. This balance of interests predicts that Sino-American differences in Southeast Asia will continue to be carefully managed as the United States and China pursue initiatives and compete for influence in the region.

The future of our immediate region will be more determined by the future attitudes of China and the United States towards Southeast Asia. China’s strategy for the region is relatively clear. increasing China’s political influence by becoming an indispensable economic partner of ASEAN countries by leveraging a combination of trade, foreign direct investment, the long-term role of capital markets, and direct economic support increases foreign policy influence across the region over time. In contrast, the US strategy for ASEAN today is less clear. The Department of Defense’s policy of strategic engagement in Southeast Asia and its strategic engagement with most of the forces in the region stand out as exceptions.

The author is a student of International Relations.