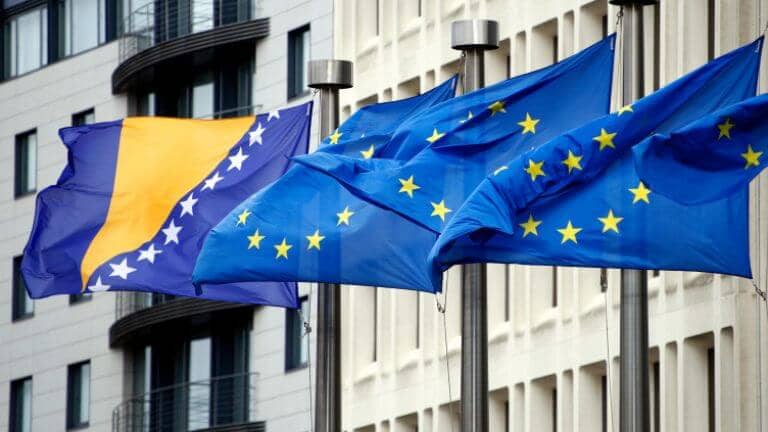 The European Union is an international organization that came into being in 1993. Following the devastation of World Wars I and II, the idea of forming a union of countries arose. Countries joined the Union one by one. The number of countries reaches twenty-eight, which are considered full members of the Union. Furthermore, it is a geo-political and geo-economic union that aims to promote peace and tranquility, strengthen democracy, and facilitate free trade among member states. However, it takes a long time for a country to be added to the union after the completion of the so-called Copenhagen criteria by the applicant state. The Copenhagen criteria include the membership’s political, economic, and legislative criteria.

So, Europeanization is a continuous struggle of the European Commission to bring more and more countries into the Union. The interest of the European Commission in Balkan states has increased since its inception, but political instability and war could not pave the way for Bosnia-Herzegovina or any other Balkan state to join the Union. Therefore, political instability in Bosnia and Herzegovina was the main obstacle to joining the Union.

Notwithstanding, efforts to achieve membership in the union were made in 1999 by Bosnia and Herzegovina when a new stabilization and association agreement was suggested by the EU for Western Balkan states. At the Thessaloniki Summit in 2003, Bosnia and Herzegovina were recognized as a potential candidate for union membership. Furthermore, Bosnia also applied to join the Union in 2016. Due to the non-accomplishment of several recommendations proposed by the Union, Bosnia’s membership was suspended until 2022. However, the recent visit of the president of the European Commission, Ursula von der Leyen, to Balkan states reflects the need to integrate Balkan countries into the Union. She added during her tour that “the door of the European Union is open.” Please seize the opportunity and use this invitation. “It is up to you now.” So, the European Commission has proposed giving candidate status to Bosnia for membership in the bloc.

The European Union is urging Balkan states to expedite the process of joining the union because both China and Russia are posing a continuous threat to the European peace order. Furthermore, it was also mentioned by the president of the European Commission, Ursula von der Leyen: “We see that Russia is not only waging war against Ukraine but also a war on the energy side.” The increasing influence of Russia in the Balkans region is considered dangerous for the peace and stability of the region. Adding these states to the Union is mandatory to avoid future conflicts and a Russian threat in the region.

Every cloud has a silver lining, as the saying goes, and so many opportunities, including economic development and political stability, await Bosnia and Herzegovina once it overcomes the obstacles and joins the Union.It will boost peace and stability, ease travel, and reduce border barriers. Moreover, adopting a common currency would normalize financial instability. Not only these, but entry into the union will also bring prosperity, economic growth, and development, as well as enormous employment opportunities for citizens who will travel to many countries within the union to seek jobs. These benefits are not limited to Balkan nations but will also bring peace and tranquility to Europe. Along with this, it will curb Russian expansion in these states.

In a nutshell, Bosnia’s entry into the Union was a persistent nuisance for the European Commission. However, the commission has succeeded in overcoming this conundrum and granted candidate status to Bosnia and Herzegovina. It is now up to the leaders and citizens of Bosnia and Herzegovina to use their great aplomb to seize this opportunity to fulfill all the conditions and recommendations proposed by the European Commission for joining the Union.