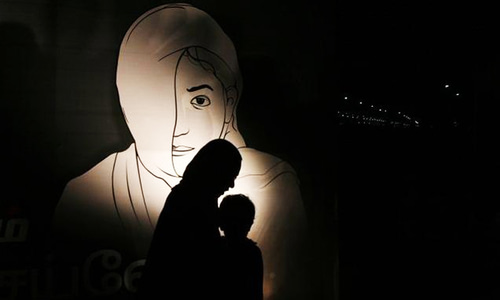 Movements are meant to bring rapid changes; the changes which could change the course of a society. For centuries, different movements have proved to be a nail in the coffin for radicalization, and have turned out to be a silver lining after dark cloud. Labour rights movement, for instance, achieved its goal of fundamental rights for each labourer after enduring form countless sufferings. Similar to that is the current wave of women uprising in Pakistan, which is pursuing the case of gender inequality, in spite of facing a number of hurdles from rigid elements of society. Let us take a look at what problems they are going through while carrying out this struggle and what their demands are.

According to the World Economic Forum ranking of the countries based on gender gap ratio, Pakistan stands at the third-last position in the list of 153 countries, merely ahead of Iraq and Yemen. Rape, child marriages, sexual harassment, denial of hierarchical property rights, honour killing, misuse within blood feuds, marriage with Quran, “Wani”, and forced marriages are some of the issues faced by a Pakistani woman, particularly one having origins from interior Sindh, south Punjab or Baluchistan. The fact is that these above-mentioned areas are some of the most neglected regions of Pakistan in terms of literary activities.

So where does the problem exist? Why a number of our well-educated countrymen also fall prey to these religious goons and raise voice against this movement, which is aimed to provide women all across Pakistan for which they are searching for ages? Being a male-centric society, where, even in this modern age and time, the birth of a girl is considered as objectionable, a female can’t even think of raising her voice against these repressive practices faced by her. Instead, it is widely believed that to raise voice against male chauvinism is in contradiction to Islamic values, but the reality is totally at odds with this concept.

Islam is one of the most liberal, progressive and modern religions till date. It provided women with the rights which they couldn’t even have imagined at that time. Islam forbade one of the cruellest customs of that time, i.e. burying newborn girl alive. Besides, Islam introduced the concept of giving a share of the hierarchical property to female, the tradition like which couldn’t be found in pre-Islamic history, but, woefully, in our times, women are mostly forced not to take their fair share in the family property.  The duplicitous elements of our society, which use the name of religion to serve their purpose of refraining women from speaking for their rights, they are the ones who don’t want Pakistan to be a land of peace, progress, and similar opportunities for both the genders.