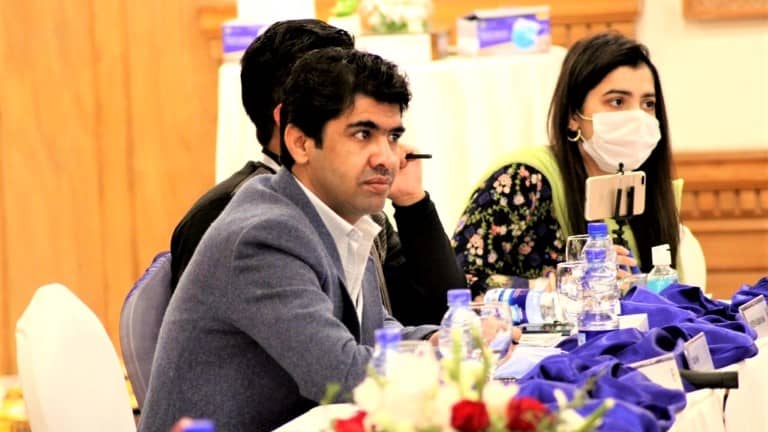 Media scholars say entrepreneurial journalism is the future of journalism as it allows journalists to practice independent and objective journalism in controlled media environments. Still, a new concept in Pakistan, it has been in practice in the west for years where hundreds and thousands of journalists have been using low-cost digital technologies for years to run their niche-specific news platforms.

Raza Dotani is one of the journalists in Pakistan who have been working on their own independent news startups for years, serving the information needs of their specified audiences. He is the founder and editor of Tribal Post that features political, social, and cultural news from the merged tribal districts of Pakistan and rural areas of Khyber Pakhtunkhwa amplifying unorthodox voices and fostering a culture of healthy debate to promote peace and tolerance in the society.

“Media industry in Pakistan is in crisis. Many senior journalists lost their jobs. If their jobs are not safe then how we can be sure about ours. In addition, the journalism students in tribal areas have limited platforms to start from.”

Launched in 2013 as an independent news website, it has now turned into a digital news startup with the support of its loyal readership. It takes contributions from freelance journalists as well as citizen journalists from the tribal areas of Pakistan.

Talking about his startup, he said that he launched it as an experimental project after his graduation. He would gather news about tribal regions from local and international media and publish it on his website with links to original stories.

“It was an experimental project. I would collect published news about tribal areas and put it on Tribal Post. I was just doing that, very simple work,” he told. In my head, I was just putting them in one place for the readers. I realized its importance when U.S. Embassy invited me for the International Visitor Leadership Program (IVLP). I was chosen for my work.”

During the fellowship, Dotani got to experience new media technologies and their use in journalism. On his return, he started working on his website with a new approach. He opened his website for contributors as a platform where they could share their work and gain experience.

It’s worth mentioning, IVLP is an exchange program of the U.S. Department of State’s Bureau of Education & Cultural Affairs for the world’s emerging leaders.

He recently took training in entrepreneurial journalism from a Karachi-based not-for-profit Global Neighbourhood for Media Innovations (GNMI). The training was conducted under Pakistan Entrepreneurial Journalism Program that aimed to save press in Pakistan. It benefitted sixty-six journalists in total by providing them training in online content creation, monetization and branding to launch their independent news startups.

Talking about the training, he said that it helped him to adopt new models of business into his website.

“I learned different ways of generating revenue to support my startup. I also got the courage to add new services to my website. I am starting a podcast series as well as a citizen journalism section on my website.”

He said the tribal region had limited opportunities for those who wished to make a career in media and journalism. Entrepreneurial journalism is the only form of journalism for journalists there. It not only gives them the opportunity to follow their passion but also to have stability in their career.

“Media industry in Pakistan is in crisis. Many senior journalists lost their jobs. If their jobs are not safe then how we can be sure about ours. In addition, the journalism students in tribal areas have limited platforms to start from.”