Child abuse in the society 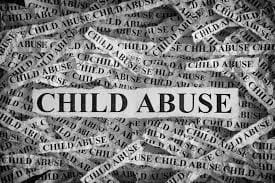 “Children are the blossoms in Allah’s garden.”

Child abuse is defined as the intentional infliction of physical or emotional harm on a child. Nowadays, child abuse is constantly in the news, and many children are abused each year. There are numerous types of abuse, and many individuals are unaware of them. Physical, emotional, neglectful, and sexual abuse are the common ones.

The true character of society is revealed in how it treats its children.

Bodily abuse is physical damage that causes harm to children, such as hitting, beating, kicking, or other means.

Children deserve toys, not to be toyed with.

Emotional abuse is a pattern of behaviour that hinders the emotional development of a child. This may involve constant criticism, threats, or rejection, as well as hanging on to love, support, and affection. Because there is no physical indication of emotional abuse, it might be difficult to identify. Most of the time, emotional abuse happens when yelling and anger go too far or when a parent constantly threatens or ignores a child until the child’s emotions are broken.

“Children are like various roses. Do not crush and ruin their scent. “

“Sexual refers to the participation of immature children or adolescents in sexual acts.” Sexual abuse is the inappropriate use of a child for sexual pleasure or fulfilment. This sexual abuse includes rape, prostitution, and the making of pornographic materials by family members or caregivers.

In conclusion, prevention is preferable to treatment. Child abuse has numerous negative consequences, not only for the abused children but also for the abuser. We should stop it from getting worse because the young people of today will be the leaders of tomorrow.

English Language and Literature student at the university of Sindh .

The dire circumstances of government schools in Sindh

The disabled community in Pakistan

From COVID-19 Towards a Meaningful Discovery of Spirituality