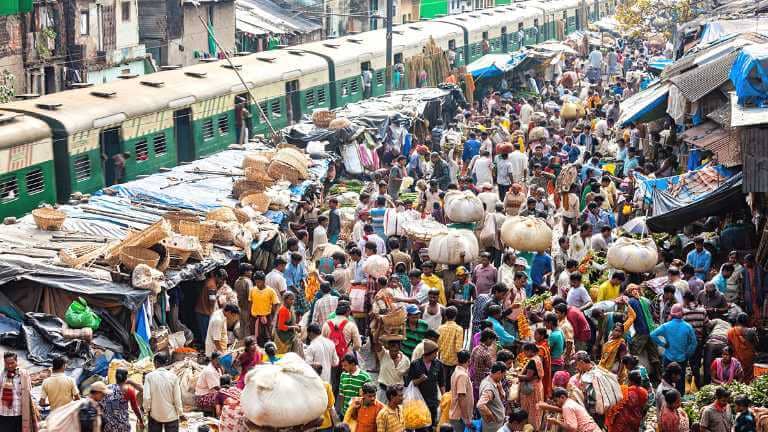 One week after Tesla and SpaceX CEO Elon Musk claimed that the world population is now declining, the United Nations (UN) released a report suggesting the opposite. He said that birth rates have dropped to the point that the world would soon “perish.” According to the UN report, while the birth rate continues to decline, global population growth is anticipated to continue at an unprecedented rate for many more decades. The UN predicts that the world’s population will reach 8.5 billion in 2030 and 9.7 billion in 2050.

This highlights the urgency of addressing the problem, which poses a direct and existential threat to our existence. However, emerging countries such as Brazil and India exacerbate the problem by ignoring population growth and the negative consequences associated with it.

India is likely to surpass China as the world’s most populous nation by 2023. India already accounts for about 17.5% of the global population and is expected to have a population of 1.668 billion by 2050. Currently, India is facing a breaking point due to population expansion and economic disparity. 57 billionaires own 70% of the country’s wealth. This economic disparity has resulted in poverty and a lack of access to basic livelihood opportunities.

The consequences of India’s rapid population growth, including poor living standards, challenges in the use of the workforce, stress on land and renewable resources, inequitable income distribution, and increasing production costs, are hindering the country’s development. In addition, dysfunction in institutions makes efforts to strengthen a country’s infrastructure, healthcare facilities, and social welfare initiatives futile.

India faces significant strain on its natural resources due to overpopulation, with the country expected to be water-stressed by 2025 and water scarce by 2050.

Population growth at an exponential rate combined with dire poverty depletes and contaminates local resource bases, which current and future generations in India rely on. The increase in population tends to amplify and accelerate the negative impacts on the environment. With 18% of the world’s population living on 2.4% of its land area, India is facing significant strain on its natural resources, which are expected to become scarce soon. The country will be water-stressed by 2025, and water will be scarce by 2050. Water scarcity is exacerbated in large part by agricultural overuse, which is encouraged by low prices. Many rivers in India are contaminated, as is most of the groundwater. Groundwater, which provides 40% of India’s water demand, is rapidly depleting. This has major consequences for people’s health. Almost 200,000 people die every year due to a lack of adequate drinking water. In terms of water quality, India ranks 120th out of 122 countries, with 70% of its water polluted. As of May, water levels in India’s 90 reservoirs had dropped to 20% of their capacity.

Increased urbanization has resulted in higher anthropogenic activities, such as the construction of harbors and dams and beach mining, which are also cited as reasons for coastal erosion in major cities in the country. According to the Ministry of Earth Sciences, approximately 34% of the land is experiencing erosion to varying degrees, with West Bengal being the most affected by erosion along about 60.5% of the coast over the last three decades.

What is more concerning is that major Indian cities are heavily polluted and lack fresh air to breathe, causing a slew of airborne illnesses and skin complications. There have been numerous episodes of climate disasters, including recent flooding, cyclones, and a rise in sea level, that have taken the country by storm.

Furthermore, low productivity is one of the most serious issues faced by the Indian agriculture sector, as food production is particularly susceptible to monsoon variability. India has many areas that currently lack access to fresh water and rely on groundwater for cultivation. The systems on which millions of people rely to meet their basic needs are impacted by droughts and fluctuating monsoon seasons. Therefore, a multidisciplinary approach to bridging social capital is necessary.

Malnutrition is also impacted by climate change; by 2050, stunting is expected to increase by 30% to 50%. All of these variables are essential for ensuring food security, water security, and human security in the country. However, overpopulation is creating obstacles in achieving these goals. To counter this, the Indian government passed the National Food Security Act in 2013, which aims to supply subsidized food grains to two-thirds of the country’s entire population. Free meals are made available to pregnant women, lactating mothers, and some children on a daily basis. By virtue of this act, each Indian state will need to build its own sustainable livelihood strategies in order to move towards sustainable food production and livelihood security.

The projected population growth in India over the next few decades would put additional strain on the current infrastructure and complicate the challenge of delivering clean water to millions of people. Water shortages will worsen as a result of climate change, as will heatwaves, droughts, severe storms, and flooding.

The author is studying IR at National Defence University, Islamabad,