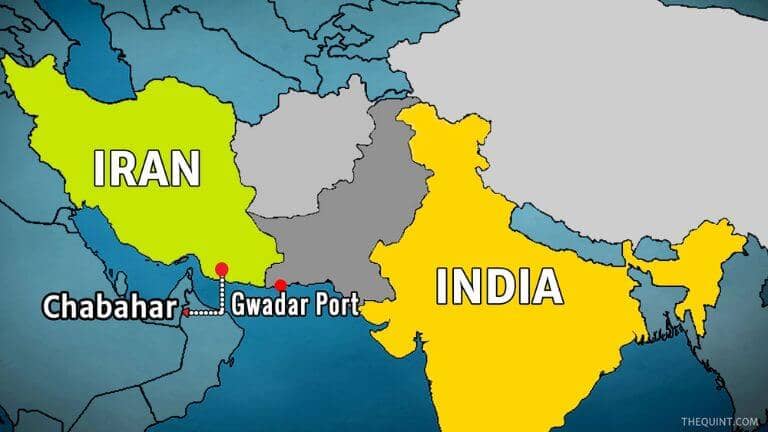 After 9/11, when America was fully occupied with the war on terror, India and China saw an opportunity to gain strategic and economic advantages and fill the gap. Until I had a chance to research it for academic reasons, I was unaware of the geographical importance of both Balochistans (the Iranian and Pakistani province). After researching it, I can say that Baluchistan is the most underrated and underprivileged province. It is full of natural resources and has a geographical location that attracts foreign actors, and it has the potential to change Pakistan’s fate if it is used wisely. However, it is also the breeding ground for all kinds of insurgencies fueled by foreign actors, and the inhabitants do not trust the government.

At the same time, China saw an opportunity to use the Gawadar port in the Pakistani province of Baluchistan as a gateway to reduce the sea distance from 10,000 km to 2,500 km. This port provides trade and commerce opportunities for the landlocked Central Asian Regions (CARs), the Middle East, and Africa. The port, located near the Strait of Hormuz, serves as one of the major oil shipping lanes that can serve as an energy corridor from western China through Pakistan to the Persian Gulf. When Pakistan leased the Gawadar port to China, India saw it as China’s “string of pearls” policy.

India sees China’s presence in Gawadar as a threat and is working with Iran on the Chabahar port, which can act as another economic hub in the region, although the two ports are 110 miles apart. Both India and China are trying to exploit the Central Asian resources. China is strengthening its relations with Pakistan by building the Gawadar port for its energy security, access to the global market, and presence in the Indian Ocean. India is increasing its relations with Iran, the US, and Afghanistan to counter the Sino-Pak strategic partnership and further its own strategic interests.

Both China and India are currently growing economies and great powers, and both need to access the global market through cheaper and shorter routes to exert influence in the region. Although China and India are members of BRICS and have bilateral trade, India still fears China’s OBOR initiative and is trying to counter it through the mousam, bharatmala, and sagarmala projects. If geopolitics is separated from geo-economics, both ports can provide growth opportunities for the entire region.

The geopolitics of South Asia has made the relationship between Iran and Pakistan complex, with Chahbahar and Gawadar in rival groups.

Chabahar and Gawadar are currently in rival groups, although Pakistan and Iran have had cordial sociocultural relations and track one (government-to-government) and track two (people-to-people) relations. However, the geopolitics of South Asia has made the relationship between Iran and Pakistan somewhat complex. China has a strategic approach to South Asia and, due to its competitive and interventionist policy, Chabahar and Gawadar are at odds. A shift in Indian foreign policy can also be seen with its shift from a land-centric to a naval power. Both Pakistan and Iran have expressed an interest in benefiting from the CPEC and want to cooperate rather than compete.

On May 27, 2016, the Ambassador of Iran to Pakistan, Mehdi Hoonerdost, while addressing a public gathering at the Institute of Strategic Studies Islamabad (ISSI) said that Chabahar and Gwadar are not rivals but sister ports. Similarly, the former Advisor to the Prime Minister on Foreign Affairs said that Pakistan wants to connect Gwadar with Chabahar through a road and rail link. Both of these statements are proof of bilateral ties, but if seen from a geopolitical point of view, one cannot ignore the fact that an Indian spy was caught entering Pakistan from Iran. He confessed to sabotaging the Gwadar port and has stationed himself in Chabahar. All of this shows the strategic concerns of other countries regarding the Gwadar port.

In theoretical aspects, alongside defensive realism, India is also pursuing offensive realism against Pakistan and China in order to become a regional hegemon with the help of global powers. For this purpose, India has revisited its Blue Water Naval Doctrine and signed Defense Cooperation Agreements with the US in order to counter China’s perceived offensive realism, which could lead to a “reordering of the balance of power in the Indian Ocean.” Cooperation between the two under-studied ports is not possible because the two regional powers, India and China, are at odds with each other and are economically supporting these two ports.

Both the Gwadar and Chabahar Ports are situated near Baluchistan, sandwiching the Sino-Indian strategic rivalry between Pakistan and Iran, and highlighting the geo-strategic importance of Baluchistan. In the Strait of Malacca, the US, Japan, and India are causing headaches for China, and China is counterbalancing it in the Indian Ocean area, causing strategic concern for India. Pakistan is the best option for China; hence, it provides quick access to the Sea Lines of Communication (SLOC) and acts as a doorway to the Strait of Hormuz and the Persian Gulf for its risk-free oil transportation.

All the geo-strategic and diplomatic stiffness is happening near the Gulf of Oman, the Arabian Sea, and the Strait of Hormuz, in the close proximity of Pakistan and Iran, which are plunged into these regional politics of great powers. The Sino-Indian rivalry, which started as a territorial dispute in 1962, has turned into a geo-economic and geo-strategic competition on land and water, causing repercussions for Pakistan and Iranian relations through the Gwadar and Chabahar ports, respectively.

The author is a university student whose content was published in line with our objectives of empowering and supporting students in their academic endeavours.