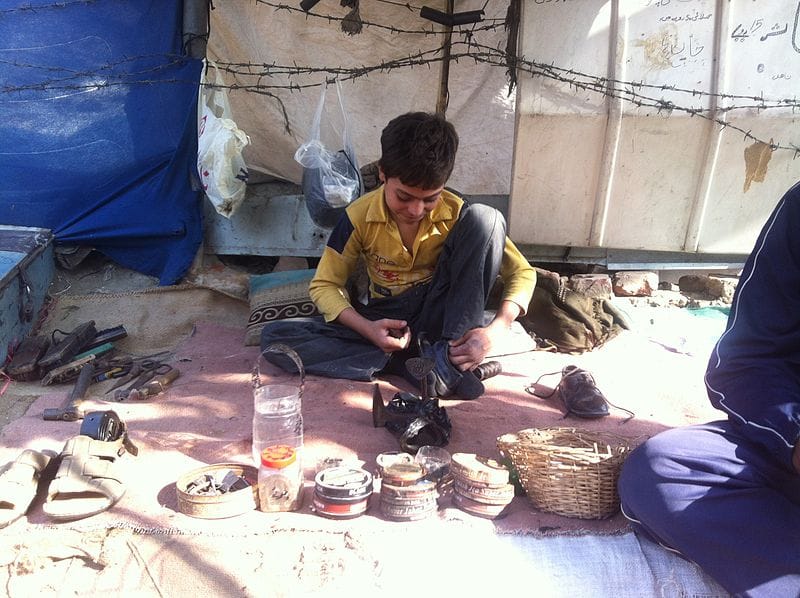 Living on less than $2 a day is quite unimaginable but real. Currently, more than 600 million people i.e. 8% of the global population live under extreme poverty having less than $1.90 of daily income. Alone in Pakistan, more than 60 million people live in extreme poverty and it is feared that this figure will be raised further due to COVID-19. In the present scenario, talking of poverty, we have both good and bad news. The good news is that the world has been witnessing a steep reduction in the poverty level for the last three decades.

In 1990, 1.8 billion people were living in extreme poverty but that figure has fallen to 600 million. The bad news is that the COVID pandemic has reversed this pattern and according to the World Bank estimations, 100 million more people will be pushed into extreme poverty, in which more than 10 million will be our unfortunate fellow countrymen. Regarding poverty, some questions always struck one’s mind i.e. why some people are poor while others are rich? Why do the poor remain poor? How can extreme poverty be mitigated? To answer these questions, the Pakistan Institute of Development Economics invited a Nobel laureate and the author of the well-reputed book ‘poor economics’, Abhijit Banerjee.

In Pakistan, more than 60 million people live in extreme poverty and it is feared that this figure will be raised further due to COVID-19.

Abhijit Banerjee was asked, why some people are poor? Banerjee gave two explanations. First, people are poor because they are born poor and second they are poor because they are poor. The second explanation seems a little bit awkward, but there are humungous arguments to back the second argument. There are several types of traps that do not allow the poor to escape poverty like; nutritional trap, poverty trap, health trap etc. If a person is poor then it is very difficult for him to do anything productive because he lacks enough food to eat and thus has low energy to work. Some people argue that people are unproductive and that is why they are poor while others give the rationale that it is poverty that is causing unproductivity. That is called the nutrition-based poverty trap.

According to a report, the first 1000 days of a child life determine the remaining life. If one gets a healthy diet and good health in his first thousand days, it is most likely that one will stay out of poverty. If during pregnancy a mother is malnourished then obviously her child will be a stunted one, which affects the cognitive as well as the physical life of the child in the future. According to a report, a stunted child earns 22% less than a normal child during his lifespan. In Pakistan, 38% of children are stunted and the country loses more than $10 billion of its potential economy due to malnutrition.

People who spend a lot of time worrying that how they will meet their ends, remain psychologically handicapped to do anything productive.

Secondly, there is a health trap. Poor people do have not enough money to cure mild diseases, caused by contaminated water, ranging from chronic to life-threatening. Currently, more than 2 billion people don’t have access to clean water at home. The situation is not different in Pakistan. The Poor water infrastructure — such as sanitation and hygiene facilities — exacerbate the situation and thus create other barriers to escape from poverty. Likewise, there is a poverty trap. When a person is poor, he does not take any risk and thus engage himself in unproductive things and remain poor for the rest of their life.

People who spend a lot of time worrying that how they will meet their ends, remain psychologically handicapped to do anything productive. All their intellectual space are taken out by these demands that from where they will pay the two rupees for this and two for that and thus remain unproductive. They have to rely on debts and are thus trapped in the vicious cycle of poverty. Moreover, poor people remain uneducated as, in the case of Pakistan, more than half of the population is deprived of education and thus the rest of their lives do conventional and unproductive works to keep their souls and bodies together.

How to get out of the poverty traps?

The most believed theory is that of a one-time push to bring poor people out of poverty permanently. A one-time help/gift may have a long term benefit on the lives of the poor. If the poor are given a durable shock in the form of assets or gifts, it will do the trick in breaking the poverty trap. This theory is based on some experiments carried out in some countries. For example, in Bangladesh, an NGO BRAC conducted a controlled experiment by providing some assets and training in the forms of money and livestock. People who have got the assets have become more productive and rich as compared to the others. Similarly, their income and assets have accrued. Their food security, mental and physical health have become more stable and were living healthy and happy lives.

It has also been witnessed that when the poor get some opportunity they improve it with time and diversify their source of income, their children get the education and migrate to cities and send income back to homes. This also triggers a backward linkage on the remaining society. Everybody becomes better and the economy grows and people get a share of the economic pie. The extra income made them more enthusiastic to work more.

We can deduct from the aforementioned experiments that providing a suitable environment with some push will bring millions of poor people out of poverty in Pakistan.

In a nutshell, we can deduct from the aforementioned experiments that providing a suitable environment with some push will bring millions of poor people out of poverty in Pakistan. We can learn lessons from the Chinese miracle of bringing 100 million people out of poverty in a very short span. Mere transfers of money to the poor do not improve their lives. Training and sustainable support can be proved fruitful in the long term. Providing cash supports and livestock without proper training will not help the poor to escape the poverty trap in Pakistan, since governments over the years are transferring money to people but no such substantial improvement has been witnessed in the reduction of the poverty level. The policymakers have to develop such policies which are practical and applicable to society.

Simply copycatting the successes of others will not help the country in alleviating poverty. There is no silver bullet or a golden way to mitigate poverty at once but it needs perseverance and struggle in the right direction by the policymakers and government.