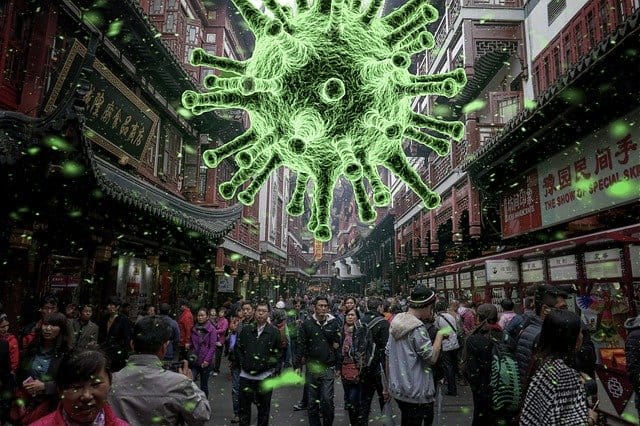 Wuhan, the capital city of Hubei province in the People’s Republic of China, was hit by Coronavirus in late 2019. Initially, it was taken lightly but as the virus took off many souls, and the situation got out of control, higher authority thought of meddling in the affairs and get things controlled. The spread of the virus in Wuhan city got controlled but it was too late to control its spread to other countries. It became the deadliest virus in the history of mankind.

The total number of deaths in China is 3,341 alone. This is a huge number considering the technological development. But also, a staggering number of 77,663 got recovered. However, as per data till date, over 1.9 million cases are conformed globally, in which over 455,000 are recovered and more than 120,000 are dead. Due to the spreading nature of this virus, the only way to fight it is through the implementation of lockdown. Many countries throughout the world got succeeded because they observe strict lockdown. Countries such as China implemented strictest of the lockdowns any country saw so far and they are succeeding to get rid of the virus. Had China not been implemented such a strict lockdown, the virus could have taken forth the number of lives already taken. It is important to note the reason for the successful lockdown of China: the authoritarian structure of China’s government and the ability of China’s government to help support the poor amid the curfew.

Moreover, Coronavirus has taken many lives in America. Some 587,173 are confirmed cases, in which 36,948 people are recovered and 23,644 are dead. The death toll in America is quite the largest bearing in mind the medical development of America. America has failed to halt the spread of the virus because of the democratic structure of the country. She could not impose the lockdown all at once.

Let alone the case of Pakistan, where 5,716 cases are conformed, in which 1,378 are recovered and 96 are dead so far. The main reason for Pakistan’s failure to halt the spread of the virus is the troubling economy and poverty. First, the national poverty ratio, which was 31.3% in June 2018, would sharply jump to over 40% by June 2020, said Pasha in an article that first appeared in Business Recorder. It means that Pakistan is already in hot water when it comes to reading poverty. So, if further lockdown in the country is imposed, it has the potential to further aggravate the situation. Secondly, as it is a well-known fact that the economy of Pakistan is in shambles. If complete lockdown in the country is imposed, it may bottleneck the growing business, though little. So, in no case, the lockdown is favoured in Pakistan.

Furthermore, the coronavirus has many repercussions throughout the world. Repercussions such as the rise of xenophobia, nationalism, racism and the threat to globalization are some at the global level. On the national level, for instance in Pakistan, the repercussion is few but serious such as losing jobs, a threat to the already stunted economy. In the following paragraphs, all the global and national repercussions would be elaborated.

The rise of xenophobia is witnessed in China when the African students and expatriates are reportedly being evicted from their homes and mistreated over fears they could spread the novel Coronavirus. In recent days Africans in Guangzhou have reported being evicted from their apartments by their landlords, being tested for coronavirus several times without being given results and being shunned and discriminated against in public. Such complaints have been made in local media and on social media.

Secondly, the return of the nationalism is also going to be one of the important repercussions of the coronavirus.  Borders are now returning with a vengeance-driven by Coronavirus. When the pandemic passes, the most extreme barriers to travel will be lifted. But it is unlikely that there will be a full restoration of the globalized world, as it existed before COVID-19. The nation-state is making a comeback, fueled by this extraordinary crisis.

Thirdly, the rise of Racism is another repercussion which cannot be taken for granted. Last week, a French doctor caused controversy when he proposed that vaccines for the COVID-19 pandemic be tried on Africans because they lack masks and other personal protective equipment. However, after widespread accusations of racism, he was forced to apologies for what he then called his “clumsily expressed” remarks.

Repercussions on the national level are the threat to the economy, the rise of poverty and joblessness. As it is a well-understood fact that Pakistan’s economy is greatly depended on remittances. Pakistan gets 96pc of total remittances from dozen or so traditional host countries: Saudi Arabia (23pc), United Arab Emirates (20.7pc), United States (16.9pc) and United Kingdom (15.2pc). Bahrain, Kuwait, Oman, Qatar (9.6pc combined), Malaysia (6,9pc) – and Australia, Canada, Germany, Italy and Spain (3.6pc combined). These figures are enough to realize how much Pakistan is depended on remittances. But due to the virus which necessitated lockdowns and social distancing, it is difficult for the economy to run well. Bearing this situation in mind, Imran Khan, the prime minister of Pakistan, has appealed to the leaders of rich countries, the UN secretary-general and heads of financial institutions to give debt relief to developing countries like Pakistan so that they could combat the deadly COVID-19 in a better way.

To cut it short, to fight the spread of pandemic requires a global approach. Countries such as China which has succeeded in fighting the virus successfully should be taken as an example. And secondly, rich countries such as the US and UK should help poor countries to survive the pandemic.