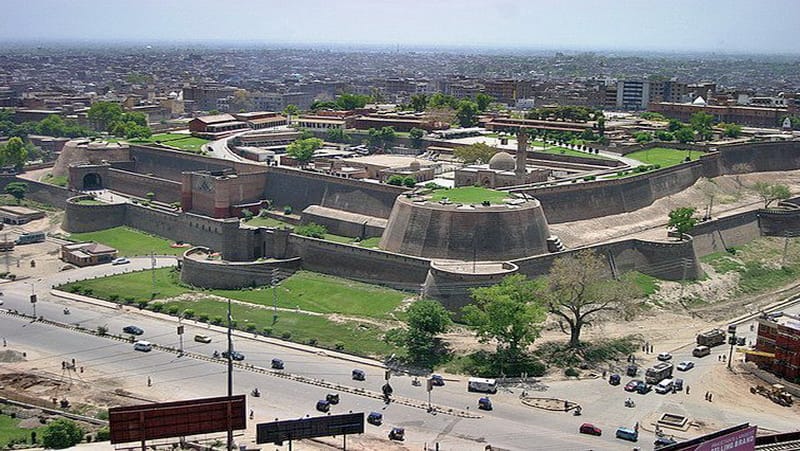 Peshawar is the most ancient city in the region and has been a centre of trade between Central Asia, South Asia and West Asia for centuries. Many rulers throughout history have used the city for different purposes. In December 1747, Peshawar joined the Pashtun Durrani Empire of Ahmad Shah Durrani. He used the Bala Hissar fort in Peshawar as his magnificent dwelling. Over time, Timur Shah Durrani, son of Ahmad Shah, selected Peshawar as his wintertime centre. Till the early 19th century, Peshawar was attached to the Afghan Empire. However, in 1823, it was a twist of fate that brought Peshawar under the clutches of Sikh Rule.

Generally, the invasion of Ahmad Shah Abdali in the Indian Subcontinent paved the way for the rise of the Sikh Rule in Peshawar. His invasion weakened all anti-Muslim forces such as Maratha and left a political vacuum that Sikhs later filled. As soon as Zaman Shah, the grandson of Ahmad Shah Abdali invaded India and made Punjab a part of Afghanistan’s dominion in 1793, he appointed Ranjit Singh as the governor of Lahore. Ranjit Singh declared his independence from Afghanistan in 1801.

Ranjit Singh, the architect of Sikh Rule in Punjab, turned his eyes to Peshawar. In 1923, he wrested Peshawar from Durrani Tribe of Afghanistan at the battle of Nowshera. This battle was a decisive victory for the Sikhs against Afghanistan, which led to Peshawar Valley’s occupation. Sikhs looted the city and ablaze the Bala Hissar Fortress. They razed down numerous architectural monuments, including the Mahabat Khan Mosque. Such an attitude at the hands of Sikhs compelled Pashtuns to come against them.

After conquering Peshawar, its administration was a difficult thing to handle. Sikh resorted to a ruthless way of controlling and pacifying Peshawar. They controlled Peshawar by savage and brutal suppression and continued military effort writes Dr Salman Bangash in his book “The Frontier Tribal Belt“. Ranjit Singh called Peshawar ‘a necklace of knives hung around my throat by Hari Sing’, writes Dr Salman. The word mercy was an unknown word in the Sikh rule in Peshawar. General Avitabile, who was the Governor of Peshawar, controlled Peshawar most mercilessly.

It is pertinent here to draw a brief sketch of General Avitabile life. He name was Paolo Crescienzo Martino Avitabile. He was born in 1791 in Italy into a present family. He was batter known as Abu Tabela. He joined the army of Ranjit Singh in 1827. After joining the service of Ranjit Singh, he was made the governor of Wazirabad. He planned, constructed and developed the city by building-wide lanes, markets, residential areas and gardens. He was so successful as an administrator in Wazirabad that Ranjit Singh ordered him to serve in Peshawar under Hari Singh Nalwa. However, he became governor of Peshawar after the battle of Jamrud in 1837, where Hari Nalwa Singh died.

Maharaja Ranjit Singh controlled Peshawar in the most cold-blooded manner. It is said that he executed people by throwing them from the top of the Mahabat Khan’s mosque. If his rule of Wazirabad is described as ‘just and rigorous; his governorship of Peshawar is depicted as a rule of “gallows and gibbets”.

He himself narrated his method of pacifying Peshawar in these words, “When I marched into Peshawar, I sent in advance several wooden posts which my men erected around the walls of the city. The men scoffed at them and laughed at the madness of the ‘Ferangi’. However, when my preparations were completed, and they found one fine morning dangling from these posts, fifty of the worst characters in Peshawar, they thought differently. And I repeated the exhibition every day till I had made a scarcity of brigands and murderers. After that, there was peace”.

Similarly, his pacifying Peshawar method is also described in the novel ‘A Adventures of an Officer in the Service of Ranjit Singh by Lawrence. He writes: “Under his rule, summary hangings have been added to the native catalogue of punishments, the ostentation of adding two or three to the string suspended from the gibbet, added to a very evident habitual carelessness of life, lead one to fear that small pains are taken to distinguish between innocence and guilt.”

In all these years, the Emirate of Afghanistan had tried to recapture the Afghan winter capital of Peshawar. It was the last effort by Emir Dost Mohammad Khan in 1837 at the Battle of Jamrud.

The reign of the Sikh rule was weakened after the death of Ranjit Singh in 1839. Sultana, in his article, ‘Peshawar: An Integral Part of Competing Empires,’ writes that an East India company took over Peshawar without bloodshed. The British East India Company secured the confidence of the people of Peshawar after many campaigns into the area.  The early British officers played a pivotal role in winning the hearts of the Pathans. So strong was the affiliation between the two that during the Indian Rebellion of 1857, many people in Peshawar and surrounding areas supported the British, while the rest of India was mutinous.