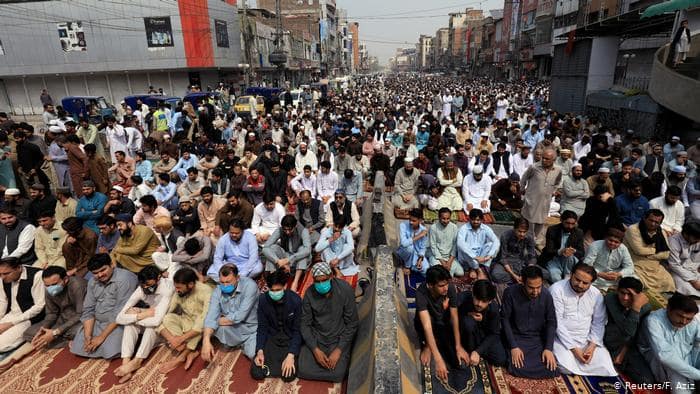 Amidst the fatalities prompted due to Coronavirus Governments of Saudi Arabia, UAE, and many more Islamic states have restricted the Five-time and Jummah prayers in mosques as the rate of virus scattering in jammed places is much higher.

The person that is affected by Coronavirus, for him gathering in Jumma prayers is Haram as referred by Muhammad (P.B.U.H):

“Don’t mix the diseased with the healthy ones,” (Bukhari).

The ones, those who have been requested to reside in isolated rooms should relinquish and offer their invocations at home.

Narrated by Sharid Bin Suaid, when a unit of Saqif came to pledge there was a Person infected by leprosy. Prophet issued a message, we have pledged you can leave; (Muslim).

Formerly on the 16th of March, Saudi Ulema curtailed the Jumma and five-time prayers in Saudi except for Harmain. This act can also be justified by the Hadith in which people were asked to offer their prayers at home due to the excessive rain during the time of Prophet. Muazins were told to say “الاصلو فی الرحال” (offer your prayers at home) at the end of Adhan.

Pakistani Ulema’s are calling these constraints as illegal. Points they are considering are:

“And who is more unjust than those who prevent the name of Allah from being mentioned in His mosques and strive toward their destruction. It is not for them to enter them except in fear,” (Al Baqara:114)

These points can be discussed:

The rate with which this malady is flooding the best available option is to follow the Fatwah of Arab countries before it’s too late.