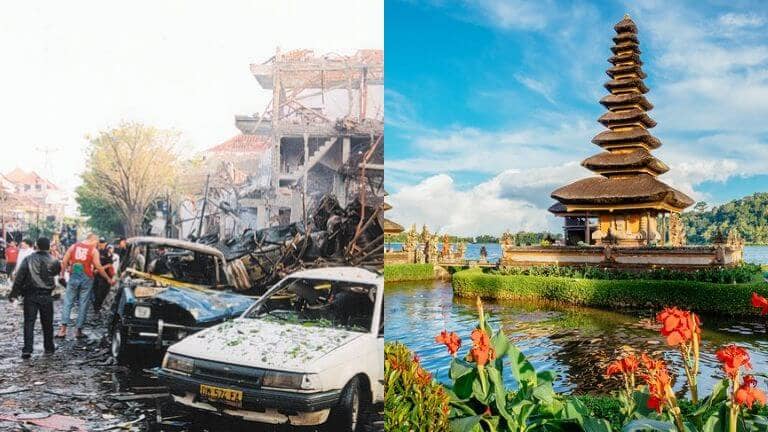 Terrorism is a highly difficult concept to define. However, in general, it is defined as systematic violence against non-combatants to induce fear in the masses and attain political objectives. Almost every country has become a victim of terrorists who have spread all around the world.

Terrorist activities have been increasing due to intense globalization since the end of the Cold War. The persons who are involved in these activities claim that they are doing “Jihad” against the West or Americans. That’s why they launch attacks, suicide bombings, kidnappings, and assassinations where they see American influence. They have been divided into various groups or organizations, such as Al-Qaeda, Hamas, ISIS, Al-Nusrah Front, Ansar Bayt al-Maqdis, etc.

Bali has also become a victim of these terrorists since the start of the 21st century. Bali, also known as “the island of Gods,” is the most iconic place in Southeast Asia as a part of the Indonesian archipelago and a popular tourist destination. People from all over the world, mostly from Western and Asian countries, visit Bali to admire its alluring beauty.

Most young people prefer Bali for tourism because it is the best place in Southeast Asia for adventurous activities compared to other tourist destinations. There are several white-sandy beaches, a collection of scenic waterfalls, lakes, and golden sunsets and sunrises in Bali that attract tourists. Balinese are considered the most hospitable people in Southeast Asia because it is quite easy to make friends on this island.

Tourism contributes 80% to the Balinese economy. But several years ago, it became a victim of terrorists who wanted to expel Americans and Australians from this region. As Bali’s economy is heavily dependent on tourism, it has badly affected business sectors, family incomes, traders, and social activities. Terrorism is considered the major 21st-century challenge to Bali’s tourism.

Here, I want to give some solutions to free Bali from terrorist activities and to reopen the island’s previous level of tourism. As Bali is a standing province of Indonesia, and its tourism makes a major contribution to Indonesia’s economy, the government of Indonesia should take some steps to ensure Bali’s security.

Firstly, the government of Indonesia ensures maritime border security to stop the flow of illegal movement of weapons, drugs, and foreign fighters. This will be essential for Bali’s homeland security, economic prosperity, and most importantly, national sovereignty of Indonesia. In this way, Indonesia should sign some peace deals with its neighboring countries such as Malaysia, Singapore, and the Philippines to prevent cross-border terrorism. Just as Pakistan signed a peace deal with the US to ensure its border security and to prevent terrorists coming from Afghanistan.

To formulate strategies for border security, the government of Indonesia should seek help from the United Nations Office of Counter Terrorism.

Secondly, there should be a separate counter-terrorism department within Bali for the immediate preparation of terrorism cases. As America was the first victim of terrorism, the established ‘Department of Homeland Security’ works every day to prevent terrorists from harming America and its citizens. In this way, the government of Indonesia should choose its state officials for the counter-terrorism department so that they can locate those areas where terrorist activities are high in number. Moreover, this department should be given complete authority to improve its position in the province through trainings and workshops. They should allow enhancing their capabilities or functioning by pursuing help from United Nations officials. Officials that will be chosen for this department will be allowed to get education in their related fields from the United Nations Youth Library.

Thirdly, as the majority of Balinese are Hindu, they claim Bali as the territory of Hindus only and want to expel people of other religions from Bali. This diversity of religion might help terrorists to gain a foothold. Therefore, to keep the population of Bali away from terrorists, it is recommended to educate people, especially youth. There should be proper education on unity, freedom, and equality where different communities are residential beyond religious dimensions. There should be proper research institutes which will keep check on population time by time. There should be no discrimination among the people in job sectors on the basis of religion so that poverty can be eliminated. The government should also keep a check on media and warn them if they are promoting terrorist values. Also, the government should be aware of the root causes of terrorism and they should be properly eliminated with time.

To sum up, I want to say that terrorism is a problem for almost every country in the world, whether it is developed or a developing country. Human survival is the most crucial concern nowadays, so to save the population from the adverse affects of terrorism, it is necessary to fight this non-traditional security threat with competency and interdependence. Every country should play its part in fighting terrorism: several peace deals should be signed among the neighboring countries to prevent the land and people. Bali is regarded as the most favorite place of tourist. Terrorism is the major challenge to Bali and obviously a biggest hindrance in development of its tourism industry. To avoid or eliminate terrorism from Bali, the above steps should be followed by the Indonesian and Balinese government. Some scholars say that Bali has the ability to surmount this challenge quickly just like New York City only if its higher officials are sincere in formulating long-term efficacious policies

The author is an IR student at International Islamic University, Islamabad