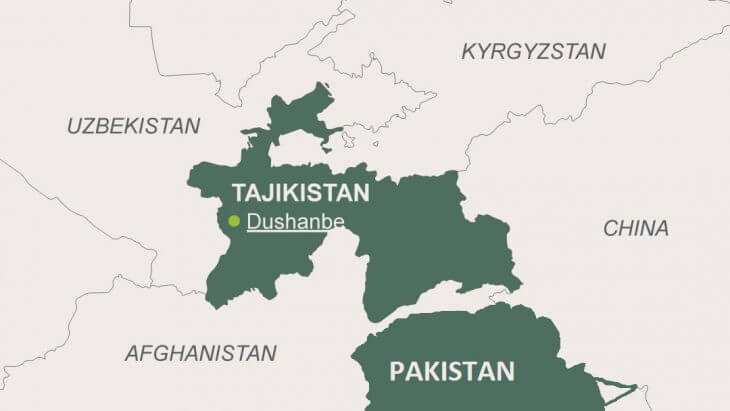 Bilateral trade between Pakistan and Tajikistan could be beneficial for the two countries because both are developing and naturally resource-rich countries. They are very close to each other and can reach each other’s markets easily as they are about 14 km away from each other, while traveling by air can further bring the two countries closer to each other. It takes only approximately 30 minutes to reach the other markets by air. Policymakers and trade authorities could play their roles by taking concrete steps to materialize the trade relationship.

During 2020, the major exports of Pakistan to Tajikistan were buttermilk, wilkings, citrus, and pharmaceutical products, while Tajikistan’s main exports to Pakistan were cotton yarn, vegetables, electrical machinery and equipment, and parts of aircraft during the same year.

Both countries possess great opportunities for trade with each other. According to a report, Pakistan enjoyed a trade surplus of about $1.2 million with Tajikistan during the year 2020, while trade was in favor of Tajikistan during 2016, with a trade surplus of about $14.6 million. However, in subsequent years, September 2021 and September 2022, Pakistan faced a trade deficit with Tajikistan, though the trade deficit decreased from RS 698.1 million to RS 666.1 million in 2021 and 2022, respectively, according to the Pakistan Bureau of Statistics.

Pakistan can benefit by exporting worn clothing to Tajikistan, where the demand for worn clothing is very high. To capture the Tajikistan market and to compete with other countries in this market, Pakistan needs to negotiate a fifteen percent (15%) tariff for the commodity “Potential Trade with Uzbekistan and Tajikistan.” Furthermore, Pakistan also has the potential to supply semi-milled or wholly milled rice to Tajikistan because Tajikistan is importing this product from other countries. If Pakistan lowers the cost and tariff barriers on a specific commodity, this could be made possible.

Bilateral trade relations between Pakistan and Tajikistan are in the favor of both nations. On the one hand, Tajikistan can get access to warm waters through Pakistan, while Pakistan can reach the central Asian and European markets through Tajikistan. Furthermore, Tajikistan is the world’s third-largest hydroelectricity-producing country. Pakistan can seize the opportunity to fulfill its energy demand from Tajikistan. Looking at these pros and cons, the high officials of both countries are in a continuous struggle to improve bilateral trade relations. Many cooperation documents were signed between the two countries during the visit of Tajikistan’s president to Pakistan in 2021.

Despite the fact that both countries have the opportunity to sign bilateral trade agreements with each other, there are many obstacles in the way of trade.Among them, the major hurdle is the instability in Afghanistan. The only route available to both countries is through Afghanistan, but due to the harsh attitude of the Afghan rulers, there are always hovering clouds of uncertainty. Keeping good hope can sail the ship for prosperous trade, as according to a famous saying, “every cloud has a silver lining.”

Another obstacle in the way of bilateral trade is that both countries use the dollar as a trading currency, but due to a shortage of dollars, Tajikistan is unable to pay the exporters and businessmen of Pakistan. As a result, it will be preferable to negotiate trade in owned currencies rather than dollars.

Furthermore, to improve the bilateral trade relations, the government of Pakistan must help Tajikistan’s government become a member of the Quadrilateral Traffic in Transit Agreement (QTTA). Further improvement in bilateral trade could only be possible by signing a preferential trade agreement (PTA).

Last but not least, work on CPEC-like projects in Pakistan must be expedited along with the Gwadar port because it will connect Pakistan with Tajikistan through Gwadar-Peshawar-Kabul-Kunduz-Dushanbe, Chitral-Eshkhahim-Dushanbe, and Khunjrab-Kalasu-Murghab.