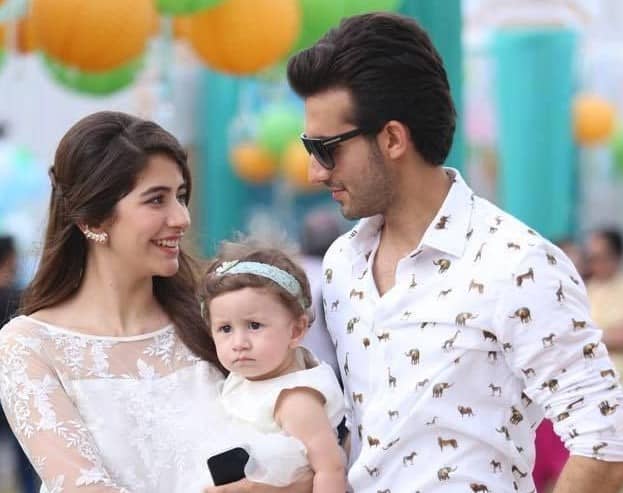 Syra Shahroz and Shahroz Sabzwari were once the most loved couple of Pakistan TV and drama industry, they announced on Saturday to end their 7-year long married life due to “irreconcilable difference”.

Taking to social media the actress Syra a.k.a Syra Yousuf stated in her brief note that she and her husband Shahroz Sabzwari decided to end their marriage.

Mr. Shahroz also shared the same note for announcing to end their marriage.

Best possible parents for their daughter

Referring to their 5-year-old daughter Nooreh Shahroz, the couple said in their note, “Our only hope at what is a difficult time for each of us is that both of us can continue to be the best possible parents for our daughter.”

“(we) hope that she will continue to enjoy and reciprocate the love and respect to which she, and both her parents, are entitled to,” Shahroz added.

Both of the unlucky couple asked the media and public to respect and give them privacy during this “difficult time” in their lives.

The “irreconcilable differences” took place between Syra and Shahroz and caused nation-wide panic in December 2019. The melodrama quickly reached its climax when the model turned actress Sadaf Kanwal was added into the story as the cause behind their separation.

Soon after the speculation of Shahroz cheating on Syra with Sadaf leading to divorce blew out of proportions, Shahroz came forward with clarification.

After reports started doing the rounds on the internet that Shahroz had cheated on Syra with model Sadaf Kanwal, the actor took to Instagram and recorded a video message to dispel the rumours.

“Sadaf and I are just friends,” Shahroz had said, stating that he had known her for only six months.

Shahroz had said that Syra had been staying with her ailing father to look after him. He also claimed that the couple had a “good marital life” for the past seven years.

Now the adored couple are going to get divorced, – unfortunately.